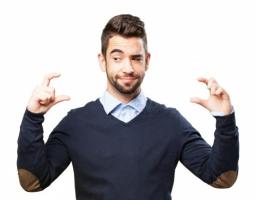 When it comes to micrometers, there are different kinds available commercially. So, what are micrometers anyway? The answer may surprise you. Micrometers are typically used for precision measurement and are very effective in measuring fine dimensions. There are both metric and imperial variations available. Metric variants can measure with an increment of 0.01 mm while the imperial type can measure with an increment of 0.001 inches. Though there are other types of measuring devices like dial calipers and vernier calipers, the measurement provided by micrometers is far more accurate if done properly by the user. The micrometer is widely used for mechanical engineering because of its ability to provide precision measurement. It consists of two scales – the primary scale is found on the barrel, sometimes called the sleeve, while the secondary scale is located on the thimble.

The most common types of micrometers are as follows: outside, inside, and depth. These three kinds are more popular and are used all over the globe in various applications.

–        Outside micrometers. Out of the three mentioned above, the outside is the most popular among them. This type is used to measure the outside dimension and diameters of objects.

–        Inside micrometers. This is used when the inside dimension is needed to be measured, such as the inside diameter of objects like tubes and holes. This type is further divided into two categories – caliper type and tubular/rod.

It is important to take care of the measuring device by wiping the spindle’s circumference and the measuring faces on both sides regularly using a lint-free fabric. It is important not to drop the device. If there is an unfortunate accident wherein the measuring device is damaged, make sure that it is still accurate before using it for any kind of measuring. There are instances wherein the device needs to be recalibrated to ensure accuracy at all times. If the measuring device has been kept in storage for quite some time, it is advisable to use a small amount of oil and wipe down the exterior with the help of a lint-free fabric to inhibit corrosion and production of rust. Rule of thumb: keep your tools clean! They will last a lot longer.

Some cut machines are designed with inserts to enhance certain functionalities. This means that their cutting edge has a welded, brazed, or clamped separate piece of material on the machine body. To achieve this, materials such as cubic boron nitride, cemented carbide, and polycrystalline diamond are used. Changeable inserts are not available for drilling and milling machines. Hollow shank taper and shank taper are the two holders for mounting the cut machine on the CNC's machine spindle. The cutting edge of a cut machine plays a critical role during the cutting process. Good cutting edges are characterized by these following three features:

When selecting a chuck for your application, there are a variety of criteria that must…

Drilling is a difficult application for a variety of workshops. Most workshops require different sized…

Contact Us
Feel free to send us an email and we'll aim to get back to you as soon as possible.
Contact Rotem
Copyright ©2019 Rotem. - All Rights Reserved